The Xcerts host a flawless 10th birthday party for their first-born, In the Cold Wind We Smile, before an adoring London crowd

If you have never taken the time to listen to The Xcerts by this point, then go and do yourself a favour by introducing your ears to some of the industry’s good-guys. The band have been grinding their way to success for over a decade and their moment in the spotlight feels to be long overdue. Passionate, emotive and comprehensive, each ‘Certs performance to date has been delivered with an aplomb that leaves every fan walking out of the doors of a dimly-lit gig with a smile on their face.

Not only was their performance at London’s Omeara a landmark occasion for the band – who were celebrating the 10th-anniversary of their debut release, In the Cold Wind We Smile – but it also felt to be a much-needed opportunity for people to escape the horrors of everyday life, in a venue set just a mile or so away from the location of the very recent and deeply saddening London Bridge attacks.

Having bundled in from the bitterly cold weather, the vibe inside the beautifully quaint venue was jubilant and anticipative – each and every person in the room had brought their tickets to the show with the intention of emptying their lungs and leaving their vocal cords strung up inside the four walls of the room. As soon as the boys hit the stage with the title track of the album humming in the background, Murray McLeod welcomely shouted “IN THE COLD WIND WE SMILE LET’S GO” before the band – donning a second guitarist for this run of shows – erupted into a myriad of the band’s forgotten hits.

On first listen, Nightschool, Home versus Home and Do You Feel Safe? are the obvious highlights of this album, that each waste no time in demanding the attention of every listener – this sentiment was echoed during this performance. Each of these songs has ever-warming verses’ that play a crucial role in amping up the anticipation before the detonation that arrives with each chorus and clearly spurred on by the reception of the audience, the band slammed these tunes home emphatically.

However, it felt as though each moment that came before was building towards one performance: Crisis in the Slow Lane. It soon became apparent, as the boys plodded through the tune’s melancholic opening verse, that this song had touched the hearts of so many people in that room. Every single moment of that song was goosebump-inducing and, as the band all shouted the lyrics toward the audience, it was thrown back to them with deafening passion.

If we make it to see morning coffee, then I swear you’ll find an answer…

The beauty of this album lies within its softer moments. The verses of Listen, Don’t Panic and the more obvious quieter moments of Aberdeen 1987 – which has been adored by fans at every show the band has played – were some of the highlights of the evening. Quite rightly, the biggest sing-along of the evening was reserved for the little ditty written about McLeod’s home-town, and well, it was truly unforgettable. The intricate delivery of these songs and the arms-open lyrics welcome listeners and leave them feeling warm and receptive to the emotions that Murray McLeod and co. are expressing in not just these songs, but with every note of the album.

After some hilarious on-stage anecdotes about people that hadn’t made it onto the invite list for the show, and how members of Architects didn’t rate the mixing of their single upon the first release, the band felt to be on top form and happy that they could have this platform to relive their youth with a room full of people who wanted to do the same.

In The Cold Wind We Smile is unflinching, attention-grabbing and one of the best debut releases that the scene has and will see for years to come. This album is innovative, emotional and, as a result of the way it was delivered to an adoring London crowd, will be rightly remembered for years to come.

I can’t wait to show my children this album and try and explain why it sounds like the smell of snuffed Bunsen burners and re-issued textbooks… don’t worry, it’s a long story. 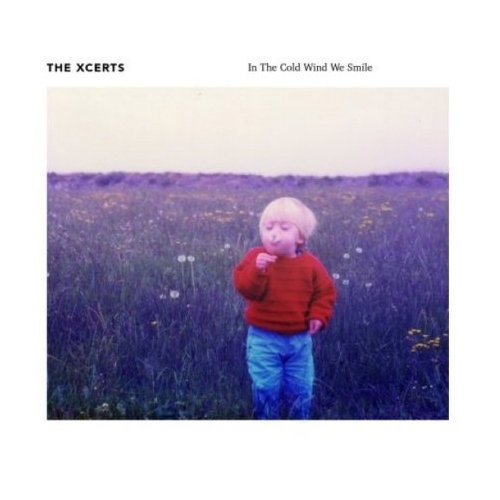